In 2004 I went permanently to Krakow (Poland). I live here with my wife Olimpia. A have a successful son Daniel, a charming daughter in law Tamara and a gorgeous granddaughter Iziz. Olimpia is running the art gallery, Olympia Galeria. I have my own creative activities laid down in a catalogue.

For more then 15 years I have working as a consultant in the field of public administration reform, public information and communication as astrategic polcy tool.  I started my career as a lecturer and researcher at the famous University of Leiden. Where I was also director of the Laboratory for behavioral research, part of the faculty of social sciences.

After ten year I left in 1980 for the Dutch ministry of Finance to manage two major projects. The first one was developed to cut the spending of the national government in order to restore a sound financial budget situation, very fancy nowadays. Later I was the leader of the taskforce for analyses and recommendations for prevention of fraud with public finances. Very handy given corruption feasabilties in the former East-block.

Five years later I moved to the ministry of Interior Affairs. There again I worked as a project manager. The main task was the management of the reorganisation of the old system of Civil defence (NATO) towards national Disaster Relief. In this project especially my skills and knowledge on the behaviour of the public during disasters in peace time were very useful. (Publication: Information in case of Disasters).During this period I also was active in a community building organization and in local politics.

In 1991 I put an end to my career as civil servant and started a consultancy agency for communication management, Gijbels Communicatie & Advies bv (GCA)   I was invited to participate in projects in Central- and Eastern Europe where governments urgently needed experience in the field of public administration reform and communication. The transition from communism to democracy meant much more than just a change of the political system. It also asked for an attitude change in the relation of the citizens and the state. It asked for another administrative organisation and a completely different way of communication between government bodies and citizens. In many countries all over the region I assisted in introducing communication management as a strategic policy instrument to support the process of democratisation and administration reform.I was involved in numerous projects, some lasting only a few weeks; some others a number of years. Poland is one of the countries where I was most active and participated in many projects aimed to prepare the Polish membership of the European Union.

Romania is another country where I have been working for a number of years. I worked as a top level adviser for the presidential organisation in the field of (communication) strategy and the organisation of social communication. In Croatia and Albania I worked in communication and public affairs for the Delegation of the European Union. Together with other partners we executed extensive training programs for public information officers in Estonia, Latvia and Montenegro. I also was active in Lithuania, Hungary, the Balkan countries, Georgia, Uzbekistan, Hungary, Slovakia, The Ukraine and Azerbedzjan.Because of my experience and reputation I’m frequently approached by international institutions like the Council of Europe, the European Union (various programs), the United Nations Development Programme and the Netherlands Ministry of Foreign Affairs to participate in programs they are funding.

I have my personal hobbies. The most important one surely is photography. A had a few exhibitions i.e . of the daily life in China, Sopot and 'The Pathological Family in Krakow'. Furthermore I published a Handbook of Communication, a few photo-booklets and a Total Shopping Guide for Krakow I asked for a sequence of my portraits out of vanity first Tomek Pilichorski and now Aleksander Bochenek. I made pictures out of vanity of others and myself in the articles; vanity, winter portrait, springtime greating, English vanity. Today I'm very woried about the political situation in Poland and try to assist the opposition in reversing the politcal situation to normality.

Many thanks to Arie van Zuijlen, who proposed me to start, designed, constructed and maintains FredLog. 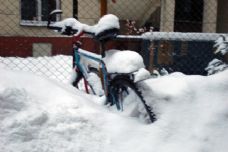 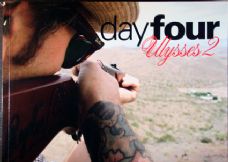 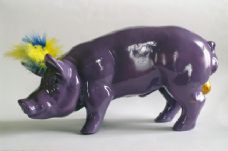